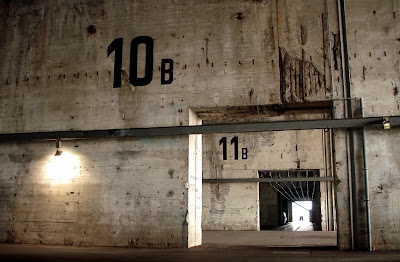 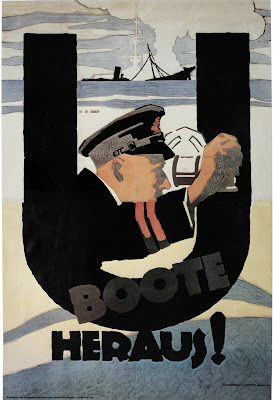 Out of the depths comes war's lethal legacy

Vessels wrecked by the elements, scuttled, or sunk by submarines are emptying their dangerous cargoes into the world's oceans
Environmentalists are becoming increasingly concerned that some of the thousands of wrecked ships around the globe, many of them along Britain's coastline and dating back to the Second World War, are ticking time bombs that could be about to wreak one final act of havoc.

Many of the vessels, which have lain almost forgotten at the bottom of the world's oceans for decades, were destroyed by enemy action or scuttled after the war. Some were oil tankers or supply ships packed with aviation fuel and ammunition. More than half are believed to be British. And now, as they rust away, they are starting to leak.

Earlier this year the Royal Navy's auxiliary ship Darkdale sprang an oil leak, prompting a ban on fishing in the area of the South Atlantic where it lay. The vessel was torpedoed by a German submarine as it lay at anchor off Jamestown Harbour in the British territory of St Helena in 1941. It sank with the loss of almost all hands and its cargo of 3,000 tons of fuel oil, 850 tons of aviation gasoline and 500 tons of diesel and lubricating oil.

The former Defence Minister, Quentin Davies, announced earlier this month that a team would be sent to the wreck to determine whether the removal of fuel, oil and ammunition is the most appropriate course of action.

"Before the survey work can begin, a risk assessment is being carried out based on current knowledge of Darkdale and the recent oil leak. This will determine the nature and degree of risk involved in carrying out the full survey," he said.

The Chief Secretary of the island said: "The Governor of St Helena has written to the Secretary of State for Defence seeking assistance to deal with the oil spill in James Bay and consider options for dealing with the wreck of the Darkdale in future. The MoD is currently considering the St Helena government's request."

Such is the concern about war wrecks that the Maritime and Coastguard Agency (MCA) and Ministry of Defence have just completed compiling a database of every ship wrecked in Britain's coastal waters – they extend 200 miles out to sea – since 1870. Of the 9,905 wrecks catalogued, around a third are thought to be from the Second World War. Each is now to be individually risk assessed, Beccy Tye, the agency's deputy recorder of wrecks, said.

"There are still sections of the database to complete," she added. "So far it comes up with 12 per cent of the wrecks coming from the Second World War, but I think that's quite low. A lot of wrecks were unknown or unrecorded at the time. I would think the number is nearer to 30 per cent."

Kevin Colcomb, a scientist with the MCA who worked on the database, added that many countries are starting to follow the UK's lead.

"We are ahead of a lot of other countries on this," he said. "The Australians are just starting to do it and the Americans." He said that because many of the ships were "blown to smithereens" not every wreck presents a risk.

The environmental consultancy group Sea Australia, which specialises in pollution, disagrees, however. "As these ships start to corrode it is only a matter of time before their cargoes start causing marine pollution," said consultant Rean Matthews.

Sea Australia has more than 8,500 Second World War wrecks on its database. The Pacific is thought to be at particular risk. In 2008, scientists warned that the pristine lagoons of Micronesia were at risk from oil slicks originating from sunken ships.

Ms Matthews added that one area of concern is the establishment of responsibility for the wrecks when they lie in international waters.

A 2004 survey by Sea Australia found that 51 per cent of wrecks across the globe were owned by the UK, with the next highest, 16 per cent, belonging to the United States.

The MoD said it is only responsible for wrecks in British territorial waters. Sea Australia disagrees.

"If you own the ship and you own the cargo, then are you not also responsible for the cargo causing pollution in somebody else's waters?" asked Ms Matthews. "The short answer to that is 'yes'."

When someone writes an post he/she retains the image of a user in his/her mind that how a user can
understand it. Therefore that's why this article is outstdanding. Thanks!

Thank you for sharing your thoughts. I truly appreciate
your efforts and I will be waiting for your further write ups
thank you once again.

Hello there! This is my first visit to your blog! We are a group of volunteers
and starting a new initiative in a community in the same niche.

Your blog provided us useful information to work on. You have done a outstanding job!

Here is my web blog ... Get the Facts