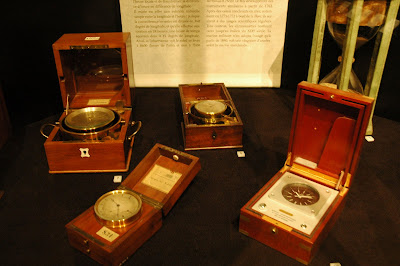 How Britannia came to rule the waves

History has it that a clockmaker beat the scientific establishment to crack the longitude problem. But did he really?


Hero worship at the expense of historical accuracy? Surely not. It has been portrayed as the story of the lone genius who solved the greatest scientific problem of his day despite the hindering efforts of those ranged against him, saving thousands of lives.

On the one side was John Harrison, the self-taught clockmaker from a humble Yorkshire background. On the other, the 18th Century’s wealthy elite charged with the task of presiding over the problem of longitude – the knotty task of working out how far west or east a ship has sailed.

Harrison’s story has been the subject of a best-selling book and an award-winning film but science historians believe that the true account of how the problem of longitude was solved has yet to be told.

To uncover the full story, they have started dusting off the forgotten archives of the British Board of Longitude, the panel of distinguished experts set up in 1714 to sit in judgement over proposed solutions to the Longitude Problem. The Board was responsible for awarding the £20,000 prize – equivalent to about £3m today – to the first person to come up with a way for ships to navigate safely at sea by knowing longitude.

“Think of The X Factor, but much more money and much more important,” said Professor Simon Schaffer of the University of Cambridge. He is the principle investigator on the archival research project which is being jointly conducted with the National Maritime Museum in Greenwich. The prize was the first time the government had used legislation to address a specific scientific problem.

In Dava Sobel’s 1995 book Longitude, and the later film based on it, carpenter’s son Harrison is depicted as the solitary virtuoso pitched against the scientific establishment of a society suffocated by class, exemplified by the eminent gentlemen who sat on the Board of Longitude.

But Professor Schaffer and his colleagues believe that the important role of the Board of Longitude in finding a solution has been largely forgotten or downplayed in the rush to promote Harrison as the unsung hero of the popular story. Far from being a force of conservatism, the board, they believe, did much to generate the climate of open inquiry that allowed pioneering scientific research to flourish – a climate that fostered Harrison’s historic achievement.

“The Board of Longitude has had a pretty bad history because it has either been forgotten or condemned. Its creation was a turning point in British history, but after it was abolished in 1828 it was largely forgotten and its impact was never properly assessed,” Professor Schaffer said.

Indeed, Professor Schaffer goes as far as to suggest that British science today owes the Board a debt of gratitude rather than contempt, because in effect it laid much of the groundwork for the kind of state-funded scientific research that we now take for granted. The precedent of the Board of Longitude may indeed have led Britain to become one of the global leaders of modern science.

“It has been forgotten, I think, because we don’t like remembering how important the state is in promoting science and technology in British history. And we ignore or condemn the Board of Longitude because there is a hero in this story and his name is John Harrison.”

He added: “We still like to believe that we are a nation of enthusiastic amateurs like Harrison, making huge breakthroughs against the odds and in spite of a state hostile to scientific progress. In fact, we have a long history of state-sponsored ingenuity which made Britain into a military and technological world player. The Board is in many ways that history.”

It was a naval disaster in 1707 that led to the Board of Longitude being set up in 1714. A fleet of four large ships led by Admiral Sir Cloudesley Shovell foundered on the rocks of the Isles of Scilly, with the loss of nearly 2,000 lives. An investigation later concluded that it was the inability to determine longitude accurately that caused the disaster, and this led the Parliament of the day to establish a substantial Longitude Prize to be given “for such person or persons as shall discover the Longitude”.

Although it was easy to determine latitude on a ship’s rolling deck by analysing the height of the midday sun, determining longitude was far more difficult using classical astronomical techniques. Another way was to have an accurate clock that could keep the time of the home port, where the longitude is known, and compare this time with the time on board the ship – as determined by another clock set regularly to the local midday sun.

As Dava Sobel describes: “The two clock times enable the navigator to convert the hour difference into geographical separation. Since the Earth takes 24 hours to revolve 360 degrees, one hour marks 1/24 of a revolution or 15 degrees. And so each hour’s time difference between the ship and the starting point marks a progress of 15 degrees of longitude to the east or west.”

The problem in the 18th Century was getting accurate enough clocks that could work at sea. Pendulum clocks would speed up or slow down with the motions of the ship, and the lubricants used by clockmakers performed differently in various temperatures and humidities.

Harrison’s genius was to make a marine chronometer that was compact enough to take on a ship; that worked on springs rather than a pendulum; and that did not require the lubricants used by standard clockmakers. His fourth prototype, the H4 chronometer that resembled an oversized pocket watch, eventually led to him winning most of the money assigned to the Longitude Prize. But this was despite the considerable delay and fudge by the Board, which suggested the chronometer’s success in two transatlantic sea trials – when it determined longitude to within one nautical mile – was down to luck.

The popular account of the episode makes much of the role played by Reverend Nevil Maskelyne, a member of the Board and the Astronomer Royal. Maskelyne was a proponent of the lunar distance method of determining longitude. Sobel’s account portrays him as obstructive to the point of being unfair on Harrison. Indeed, Harrison had to petition both Parliament and King George III to get the full amount he rightly felt he deserved – but he never received the official award, which in fact was not given to anyone.

As part of the new investigation into the archives of the Board of Longitude, experts will also dismantle the chronometers made by Harrison in pursuit of the prize. Richard Dunn, curator of the history of navigation at the National Maritime Museum, said that it is clear from earlier work on some of the prototypes that Harrison was not working alone.

“One of the things we will be doing is taking apart the timekeepers Harrison made, which can give us an alternative version of the story. If you look inside the first clock, it quickly becomes clear that several people were involved in making it. Clearly this wasn’t just about a lone genius working by himself,” Mr Dunn said.

As for the Board, longitude was not its only scientific success. It was also involved in stimulating interest in other fields of research, such as the expeditions of Captain Cook, which led to the discovery of Australia, the invention of the sextant, the global survey of geomagnetism, the building of the first overseas astronomical observatory and the search for a North-West passage.

Professor Schafer said that we live in a culture were we prefer to see success as the achievement of a unique author rather than the fruits of collective action. Yet without the board, British science could have been very different today.

“Essentially the Board represents the germs of our national science policy,” Professor Schafer said. “State-backed science is still an issue which matters a lot now, whether it’s on stem cell research or climate change. We don’t know whether to trust it, and we don’t know how to respond when scientists and the state fall out.

“If we can find out what worked as that relationship was beginning – and why – then we will have lessons to teach from the project we are starting now.”

Thank you a bunch for sharing this with all of us you actually know what you're talking approximately! Bookmarked. Please also talk over with my site =). We could have a hyperlink alternate agreement between us

An impressive share! I've just forwarded this onto a coworker who has been conducting a little research on this. And he in fact bought me lunch because I stumbled upon it for him... lol. So let me reword this.... Thanks for the meal!! But yeah, thanks for spending time to discuss this matter here on your blog.

My web page ... how to get more followers on twitter