One man may delay preparations for the 2012 London Olympics: Adolf Hitler.

Construction crews are scouring the 500-acre Olympics site for bombs dropped by the Luftwaffe during World War II that failed to explode, adding time and expense to a project whose costs have already more than tripled to 9.3 billion pounds ($19 billion).

Of the 19,000 tons of bombs that pounded London during the Blitz in 1940-41, about 10 percent didn't explode and remain buried around the city, according to the Imperial War Museum. A 500-pound bomb packed with explosives led to the evacuation of an east London neighborhood in May.

"They were aiming for docks, and a lot of them missed, so they're all over the place,'' said Richard Pawlyn, managing director of Landmark Information Group, which developed a bomb site database using maps and government records. 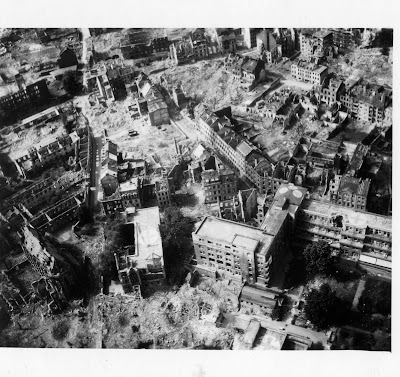 BERLIN -- The earth shakes briefly in Berlin's Mittelheide city park, and a cloud of rain-soaked dirt rises over the ferns in the woods. Police have just detonated a football-sized anti-tank grenade from World War II.

More than 60 years after the war's end, removing unexploded bombs, grenades and artillery shells remains a full-time task for police and private companies all over Germany.

It's an occurrence so common that police explosives experts Thomas Mehlhorn and Joerg Neumann can joke about their delicate job as they sift warm pieces of shrapnel from wet dirt reeking of sulfur.

"When the weather isn't as bad as it is today, of course this job is fun," Mehlhorn said.

In Berlin, an average of 900 explosive cleanup operations take place each year. Of these, about 100 unexploded bombs are deemed too dangerous for removal -- a job for "sprengmeister," explosives experts like Mehlhorn and Neumann, who blow them up on site.

On a soggy Tuesday in August, workers from the Heinrich Heides GmbH company uncovered the anti-tank weapon during a typical day at the government-funded project to ensure the safety of public land. Often, it is construction or road workers who find the bombs.

"There are weapons of all kinds lying hidden everywhere in the ground," said Fritjof Luetzen, who heads hazardous waste and military ordnance disposal for Berlin. "Everyone who works in construction knows that if they spot something cylindrical or suspicious in the ground to drop everything and call the police."

British and American bombers dropped almost 2.7 million tons of bombs on Germany during WWII. Berlin, bombed heavily throughout the war and then captured by the Soviet army in a bloody battle in April and May 1945, has so many hidden bombs, it is categorized as potentially dangerous.

The problem gets trickier with time as bombs corrode and destabilize. In an ongoing effort to find and remove the unpredictable relics, Luetzen's office pays private firms $2.87 million each year. The companies uncover an average of 87 tons of weaponry each year in public and private projects. In 2004 alone, workers found 160 bombs, 2,400 grenades, 1,500 explosive devices and 2,700 guns and other weapons.

While construction companies are not required to have their sites surveyed for bombs, most prefer to avoid accidents like one that killed three construction workers, injured eight bystanders, and tore through nearby buildings and cars in 1994.

At a company's request, the Senate Department for Urban Development hires a private firm to survey a site, a practice that experts estimate will keep weapons removal companies in business into the 22nd century.

Residents aren't likely to know about the bombs, even if they're next door.

"The key to this work is discretion," said Holger Kroenert, a weapons disposal expert. 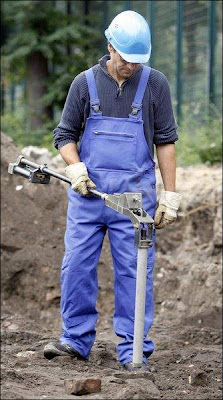