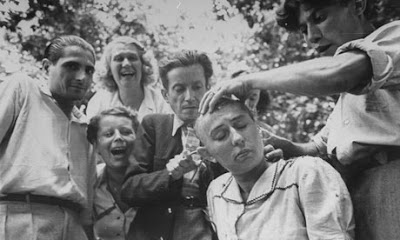 As we mark the 65th anniversary of the D-day landings, Antony Beevor describes a dark side to the liberation parties: the brutal head-shaving and beating of women accused of collaboration