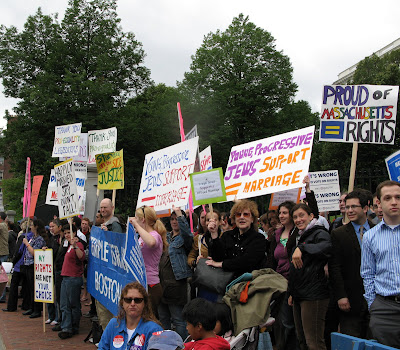 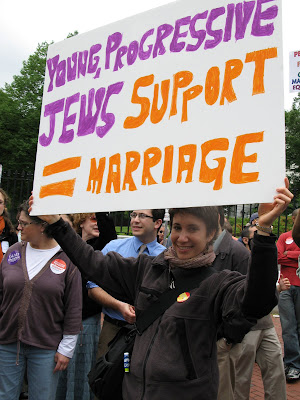 Jeune féministe juive manifestant son appui au mariage homosexuel.
Los Angeles — In 2005, when a Jewish gay-marriage activist first pressed California rabbis to sign a statement supporting full marriage equality for gays and lesbians, only a handful of Conservative rabbis lent their names. Over the course of the past two months, however, more than a dozen Conservative rabbis here have signed on to a growing list of clergy who support gay marriage in the civil realm.

What changed in between was the December 2006 decision, or teshuvah, by the Conservative movement’s Committee on Jewish Law and Standards to allow gay and lesbian clergy and same-sex commitment ceremonies — a decision made after 15 years of rancorous argument about the issue. As a result of that long-simmering debate, observers note, Conservative rabbis, many of whom were previously uninformed on issues of gay rights in the civil sphere, did their homework and read up on the issues. Others who may have already supported gay marriage finally felt freed up to express their views publicly. 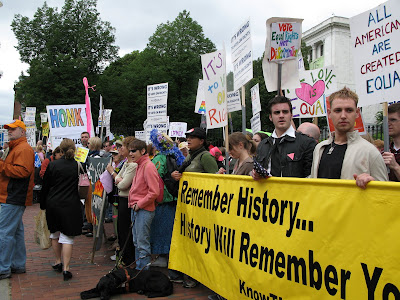 Le judaïsme américain a beaucoup de mal à résister aux idées ambiantes.
“Conservative rabbis might have been privately supportive of same-sex marriage, but they hadn’t been willing to step out,” said Denise Eger, rabbi of the gay and lesbian Reform synagogue Congregation Kol Ami, located in West Hollywood. “The teshuvah, for people who have held their own private opinions, especially West Coast rabbis, has empowered them to be able to speak more publicly.”

In California, anti-gay marriage activists under the banner of Protect Marriage are undertaking a robust campaign to put the California Marriage Protection Act, which would alter the state’s constitution to define marriage as between a man and a woman, on the November 2008 ballot. That proposition, if passed, would override all other legislative and judicial rulings in favor of same-sex marriage. Activists are seeking to collect at least 694,354 signatures — the number required to place a proposition on the ballot — by the state’s April 1 deadline. To date, they have raised more than $1 million for their organizing efforts. (In a related development, on March 4 the California Supreme Court heard oral arguments in a landmark lawsuit brought on behalf of same-sex couples suing the state of California for marriage rights. A decision in that case is expected within 90 days.) 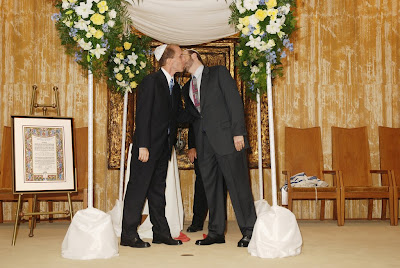 Outside of California, 26 states have already passed similar constitutional amendments banning same-sex marriage. But nowhere beyond the borders of the Golden State have Jewish efforts to stem such ballot initiatives been as public or as organized, with the exception of Massachusetts.

Three years ago, an activist named Steve Krantz founded the L.A.-based Jews for Marriage Equality. Krantz, 60, was a member of Valley Beth Shalom, a 1,700-family Conservative synagogue located in Encino in the heavily Jewish San Fernando Valley. Krantz’s rabbi, Harold Schulweis, was one of the earliest Conservative voices to call for support of gay and lesbian rights; in 1992 he delivered a sermon calling for the full acceptance of gays and lesbians in Jewish life. Schulweis, however, was an anomaly among Conservative rabbis. Until recently, the bulk of Krantz’s support came from Reform rabbis, whose movement has long supported gay and lesbian clergy and same-sex unions. But the surprise these days is the number of Conservative rabbis joining their ranks. 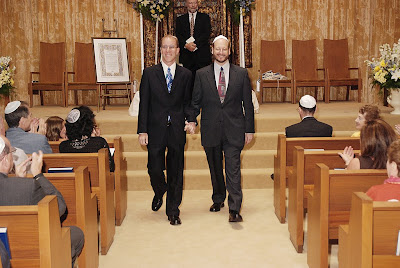 “Efforts to prevent civil marriage for gays and lesbians through legal means, such as state or federal Constitutional amendments that deprive them of the benefits and dreams others enjoy, are unjust and discriminatory…” the statement reads. “We as rabbis, cantors and community leaders committed to Jewish tradition urge all Jews to remember our heritage of justice and to recommit ourselves to not wavering on this holy principle.” 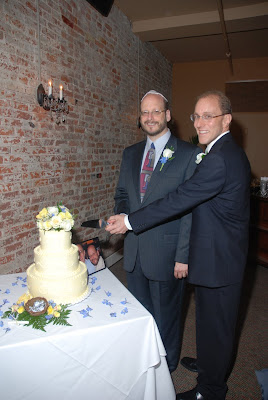 Le meilleur moment : la découpe du gateau.
In Massachusetts, an anti same-sex marriage amendment was roundly defeated in 2005, and again in 2007 at the state legislative level. Rabbi Menachem Creditor, a former Bay State Conservative rabbi who in June of last year became rabbi of Berkeley synagogue Congregation Netivot Shalom, helped organize rabbinic efforts to defeat the Massachusetts bill. Three years ago, 97 Massachusetts rabbis signed a public advertisement opposing the proposed legislation. But according to Creditor — who founded Keshet Rabbis, an organization of Conservative rabbis who support gay and lesbian equality — only seven of those signatories were Conservative. Following passage of the law committee decision in December 2006, Creditor said, many more Conservative rabbis signed their names. 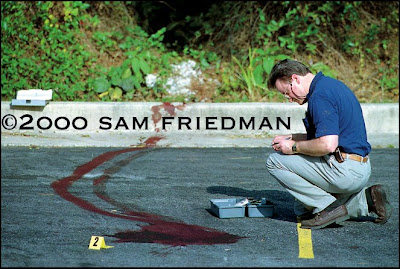 Le rabbin Elliot Dorff de l'American Jewish University de Los Angeles a joué un grand rôle dans le changement d'attitude des rabbins en démontrant que l'orientation homosexuelle ne résultat pas d'un choix, mais plutôt s'impose génétiquement aux personnes. Des arguments comparables expliquent que la majorité des criminels récidivistes sont également conduits à délinquer en raison de leur particulière combinaison de gènes. Faut-il en déduire que les rabbins conservateurs américains vont abandonner le décalogue ?
Elliot Dorff, the rector of Los Angeles’s American Jewish University and a co-author of the rabbinic opinion that opened the doors for gay and lesbian clergy and same-sex unions in Conservative Judaism, said the scientific evidence that the opinion presented, showing that sexual orientation is not a choice, has been a key factor in swaying rabbis. Before the hard-fought opinion passed, Dorff said, it would have been far more difficult to convince Conservative rabbis to rally behind the cause of same-sex marriage.
“It would have been harder before the teshuvah was passed, simply because many Conservative rabbis were not aware of the scientific evidence we brought, and were not thinking about this issue at all,” he said. “What that debate did was put it on the front-burner.