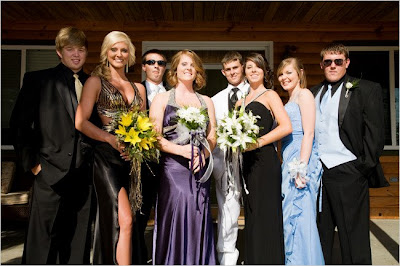 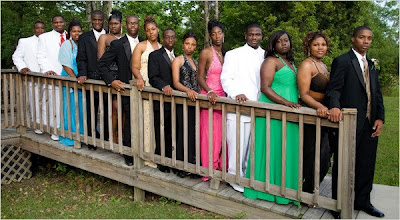 The white students’ prom was held on May 1 at a community center in nearby Vidalia; the black students had theirs at the same place the following night.
Racially segregated proms have been held in Montgomery County — where about two-thirds of the population is white — almost every year since its schools were integrated in 1971. Such proms are, by many accounts, longstanding traditions in towns across the rural South, though in recent years a number of communities have successfully pushed for change. When the actor Morgan Freeman offered to pay for last year’s first-of-its-kind integrated prom at Charleston High School in Mississippi, his home state, the idea was quickly embraced by students — and rejected by a group of white parents, who held a competing “private” prom. (The effort is the subject of a documentary, “Prom Night in Mississippi,” which will be shown on HBO in July.) The senior proms held by Montgomery County High School students — referred to by many students as “the black-folks prom” and “the white-folks prom” — are organized outside school through student committees with the help of parents. All students are welcome at the black prom, though generally few if any white students show up. The white prom, students say, remains governed by a largely unspoken set of rules about who may come. Black members of the student council say they have asked school administrators about holding a single school-sponsored prom, but that, along with efforts to collaborate with white prom planners, has failed. According to Timothy Wiggs, the outgoing student council president and one of 21 black students graduating this year, “We just never get anywhere with it.” Principal Luke Smith says the school has no plans to sponsor a prom, noting that when it did so in 1995, attendance was poor.

Students of both races say that interracial friendships are common at Montgomery County High School. Black and white students also date one another, though often out of sight of judgmental parents. “Most of the students do want to have a prom together,” says Terra Fountain, a white 18-year-old who graduated from Montgomery County High School last year and is now living with her black boyfriend. “But it’s the white parents who say no. … They’re like, if you’re going with the black people, I’m not going to pay for it.”

“It’s awkward,” acknowledges JonPaul Edge, a senior who is white. “I have as many black friends as I do white friends. We do everything else together. We hang out. We play sports together. We go to class together. I don’t think anybody at our school is racist.” Trying to explain the continued existence of segregated proms, Edge falls back on the same reasoning offered by a number of white students and their parents. “It’s how it’s always been,” he says. “It’s just a tradition.”

Earlier this month, on the Friday night of the white prom, Kera Nobles, a senior who is black, and six of her black classmates drove over to the local community center where it was being held. Standing amid a crowd of about 80 parents, siblings and grandparents, they snapped pictures and whooped appreciatively as their white friends — blow-dried, boutonniered and glittering in a way that only high-school seniors can — did their “senior walk,” parading in elegant pairs into the prom. “We got stared at a little, being there,” said one black student, “but it wasn’t too bad.”

After the last couple were announced, after they watched the white people’s father-daughter dance and then, along with the other bystanders, were ushered by chaperones out the door, Kera and her friends piled into a nearby KFC to eat. Whatever elation they felt for their dressed-up classmates was quickly wearing off.

My best friend is white,” said one senior girl, a little glumly. “She’s in there. She’s real cool, but I don’t understand. If they can be in there, why can’t everybody else?”

Niesha Bell, a senior, was voted queen of the black prom. Niesha’s mother, Angela Bell, graduated from Montgomery County High School in 1978 and also attended a racially segregated prom. "I don’t see how things will ever change around here," says Angela, a cashier. "It’s hard to see my girl in the same situation I was in 30 years ago."

The seven teenagers — a mix of girls and boys — slowly worked their way through two buckets of fried chicken. They cracked jokes about the white people’s prom (“I feel bad for them! Their prom is lame!”). They puzzled merrily over white girls’ devotion both to tanning beds (“You don’t like black people, but you’re working your hardest to get as brown as I am!”) and also to the very boys who were excluded from the dance (“Half of those girls, when they get home, they’re gonna text a black boy”). They mused about whether white parents really believed that by keeping black people out of the prom, it would keep them out of their children’s lives (“You think there aren’t going to be black boys at college?”). And finally, more somberly, they questioned their white friends’ professed helplessness in the face of their parents’ prejudice (“You’re 18 years old! You’re old enough to smoke, drive, do whatever else you want to. Why aren’t you able to step up and say, ‘I want to have my senior prom with the people I’m graduating with?’ ”).

It was getting late now. KFC was closing. Another black teenager was mopping the floor nearby. A couple of the boys mentioned they had to wash their cars in the morning. Kera had an early hair appointment. The next night, they would dress up and dance raucously for four hours before tumbling back outside, one step closer to graduating. In the meantime, a girl named Angel checked her cellphone to see if any of the white kids had texted from inside their prom. They hadn’t. Angel shrugged. “I really don’t understand,” she said. “Because I’m thinking that these people love me and I love them, but I don’t know. Tonight’s a different story.”