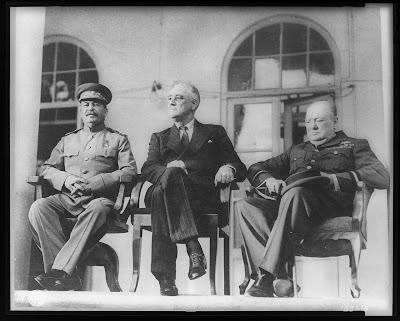 The Collapse of American Power

In his famous book, The Collapse of British Power (1972), Correlli Barnett reports that in the opening days of World War II Great Britain only had enough gold and foreign exchange to finance war expenditures for a few months. The British turned to the Americans to finance their ability to wage war. Barnett writes that this dependency signaled the end of British power.

From their inception, America's 21st century wars against Afghanistan and Iraq have been red ink wars financed by foreigners, principally the Chinese and Japanese, who purchase the US Treasury bonds that the US government issues to finance its red ink budgets.

The Bush administration forecasts a $410 billion federal budget deficit for this year, an indication that, as the US saving rate is approximately zero, the US is not only dependent on foreigners to finance its wars but also dependent on foreigners to finance part of the US government's domestic expenditures. Foreign borrowing is paying US government salaries--perhaps that of the President himself--or funding the expenditures of the various cabinet departments. Financially, the US is not an independent country.

The Bush administration's $410 billion deficit forecast is based on the unrealistic assumption of 2.7% GDP growth in 2008, whereas in actual fact the US economy has fallen into a recession that could be severe. There will be no 2.7% growth, and the actual deficit will be substantially larger than $410 billion.

Just as the government's budget is in disarray, so is the US dollar which continues to decline in value in relation to other currencies. The dollar is under pressure not only from budget deficits, but also from very large trade deficits and from inflation expectations resulting from the Federal Reserve's effort to stabilize the very troubled financial system with large injections of liquidity.

A troubled currency and financial system and large budget and trade deficits do not present an attractive face to creditors. Yet Washington in its hubris seems to believe that the US can forever rely on the Chinese, Japanese and Saudis to finance America's life beyond its means. Imagine the shock when the day arrives that a US Treasury auction of new debt instruments is not fully subscribed.

The US has squandered $500 billion dollars on a war that serves no American purpose. Moreover, the $500 billion is only the out-of-pocket costs. It does not include the replacement cost of the destroyed equipment, the future costs of care for veterans, the cost of the interests on the loans that have financed the war, or the lost US GDP from diverting scarce resources to war. Experts who are not part of the government's spin machine estimate the cost of the Iraq war to be as much as $3 trillion.

The Republican candidate for President said he would be content to continue the war for 100 years. With what resources? When America's creditors consider our behavior they see total fiscal irresponsibility. They see a deluded country that acts as if it is a privilege for foreigners to lend to it, and a deluded country that believes that foreigners will continue to accumulate US debt until the end of time.

The fact of the matter is that the US is bankrupt. David M. Walker, Comptroller General of the US and head of the Government Accountability Office, in his December 17, 2007, report to the US Congress on the financial statements of the US government noted that "the federal government did not maintain effective internal control over financial reporting (including safeguarding assets) and compliance with significant laws and regulations as of September 30, 2007." In everyday language, the US government cannot pass an audit.

Moreover, the GAO report pointed out that the accrued liabilities of the federal government "totaled approximately $53 trillion as of September 30, 2007." No funds have been set aside against this mind boggling liability.

Frustrated by speaking to deaf ears, Walker recently resigned as head of the Government Accountability Office.

If you were a creditor, would you want to hold debt in a currency that has such a poor record against the currency of a small island country that was nuked and defeated in WW II, or against a small landlocked European country that clings to its independence and is not a member of the EU?

The dollar has even collapsed in value against the euro, the currency of a make-believe country that does not exist: the European Union. France, Germany, Italy, England and the other members of the EU still exist as sovereign nations. England even retains its own currency. Yet the euro hits new highs daily against the dollar.

Noam Chomsky recently wrote that America thinks that it owns the world. That is definitely the view of the neoconized Bush administration. But the fact of the matter is that the US owes the world. The US "superpower" cannot even finance its own domestic operations, much less its gratuitous wars except via the kindness of foreigners to lend it money that cannot be repaid.

The US will never repay the loans. The American economy has been devastated by offshoring, by foreign competition, and by the importation of foreigners on work visas, while it holds to a free trade ideology that benefits corporate fat cats and shareholders at the expense of American labor. The dollar is failing in its role as reserve currency and will soon be abandoned.

When the dollar ceases to be the reserve currency, the US will no longer be able to pay its bills by borrowing more from foreigners.

I sometimes wonder if the bankrupt "superpower" will be able to scrape together the resources to bring home the troops stationed in its hundreds of bases overseas, or whether they will just be abandoned.

Paul Craig Roberts was Assistant Secretary of the Treasury in the Reagan administration. He was Associate Editor of the Wall Street Journal editorial page and Contributing Editor of National Review. He is coauthor of The Tyranny of Good Intentions.He can be reached at: PaulCraigRoberts@yahoo.com
Publié par Balbino Katz à 06:42