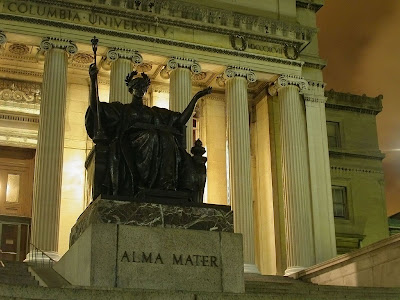 Students don't know much about history, and colleges aren't adding enough to their civic literacy, says a report out today.
The study from the non-profit Intercollegiate Studies Institute shows that less than half of college seniors knew that Yorktown was the battle that ended the American Revolution or that NATO was formed to resist Soviet expansion. Overall, freshmen averaged 50.4% on a wide-ranging civic literacy test; seniors averaged 54.2%, both failing scores if translated to grades.

"One of the things our research demonstrates conclusively is that an increase in what we call civic knowledge almost invariably leads to a use of that knowledge in a beneficial way," says Josiah Bunting, chairman of ISI's National Civic Literacy Board. "This is useful knowledge we are talking about."

Failing Our Students, Failing America: Holding Colleges Accountable for Teaching America's History and Institutions analyzes scores of a test given to 14,419 freshmen and seniors at 50 U.S. colleges last fall on American history, government, international relations and market economy. Freshman and senior scores at the schools, 25 selective and 25 randomly chosen, were compared to gauge civic learning.

The report generally echoes the results of a similar study done last fall by the ISI, which promotes civics in higher education. This year:

•Average scores for the 25 selective colleges — chosen for type, geographic location and U.S. News & World Report ranking — were much higher than the 25 randomly selected schools for both freshmen (56.6% vs. 43.7%) and seniors (59.4% vs. 48.4%), but the elite schools didn't add as much civic knowledge between the freshman and senior years. At elite schools, the seniors averaged 2.8 points higher than the freshmen vs. 4.7 points for the randomly selected schools.

•Harvard seniors had the highest average at 69.6%, 5.97 points higher than its freshmen but still a D+. A Harvard senior posted the only perfect score.

•In general, the better a college's U.S. News & World Report ranking, the less its civic literacy gain. Yale, with the highest-scoring freshmen (68.94%), along with Princeton, Duke and Cornell, were among eight schools with freshmen outscoring seniors.

•The average senior had taken four college courses in history, economics or political science and scored 3.8 points higher than the average freshman, a civic knowledge gain of about one point per course.

•Raw scores did not correlate to voting or civic participation, but the more seniors outscored their school's freshman average, the more likely they were to vote and be involved in civic activities.

"Several of the colleges at the lower end of our survey are some of the most prestigious in the country, with average tuition, room and board somewhere north of $40,000 a year," Bunting says. "These are the schools, although their stated mission is to help prepare active citizens, that are the most derelict in their responsibility."

While freshmen at elite colleges tended to score higher to start with, there is not much of a "ceiling effect" in which gains get harder to make closer to the top, as their scores are still not that high, says Kenneth Dautrich of the University of Connecticut's Department of Public Policy, which administered the study.

Still, "in many cases, these students are coming from high schools where the subject matter has already been covered," notes Tony Pals of the National Association of Independent Colleges and Universities. "It would be a waste of their tuition dollars to sit through the courses again."

To William Galston, Brookings Institution senior fellow of governance studies, the distinctions between schools aren't as clear as the general decline in the civic mission of high schools and colleges. More students are getting more formal education than students 50 years ago, he says, but today's students have fewer civics requirements as the value of higher education is more often defined in economic terms.

"Less is being expected of secondary and post-secondary education in the way of civic education, and because less is expected, less is achieved," he says.

No one would argue that college students know enough about history or the world, but a civics test may not be the best measure of civic engagement, says Debra Humphreys of the Association of American Colleges & Universities, which promotes liberal education. Other studies have shown that college students are much more likely to vote and be civically engaged than non-students, she adds.

Says Humphreys: "It would be wrong to conclude from this study that the leadership of these selective schools is not committed to educating their students about these subjects."