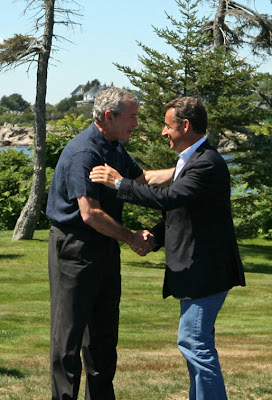 President George Bush’s recent love fest with French President Nicolas Sarkozy made headlines around the world. The new president was reversing a decade of America-hating and America-obstructing by French politicians and diplomats. He amazed pundits from London to Washington to Moscow by getting elected as an open admirer of America. Almost no one seems to have noticed that this reversal is one more chapter in the long, dizzying history of America’s relationship with France. 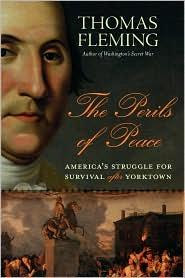 In my new book, The Perils of Peace, there is an interlude in the opening chapters that more than justifies this description. As Philadelphians celebrated the news of the victory at Yorktown in 1781, the Secretary for Foreign Affairs, Robert R. Livingston, sat in his office, sorting his mail.

With a gasp Livingston read a letter from Benjamin Franklin, the American ambassador to Paris. It was a bitter blast, informing him and Congress that the famous philosopher and scientist was resigning in disgust. Why? He was tired of being criticized in Congress for being too subservient to France. 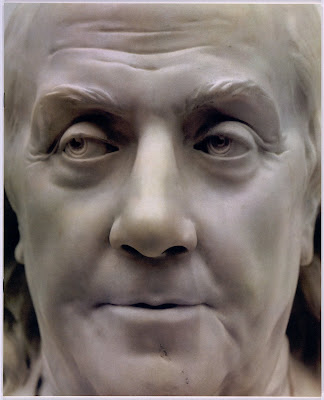 Benjamin Franklin
Franklin had written the letter in May and it had taken the usual three months to cross the Atlantic. The coincidence of its arrival only underscored the irony of the situation. At Yorktown a French army and fleet had made victory possible. There were 29,000 French soldiers and sailors in the battle, and only about 9,000 Americans. In the years since 1778, when Franklin had persuaded the French to sign a treaty of alliance, America had borrowed or received as gifts $40,000,000 dollars from her only ally – the equivalent of about $600,000,000 in today’s depreciated greenbacks. Yet there were Americans like John Adams who told the French Foreign minister to his astonished face that they were lucky to have the Americans on their side. 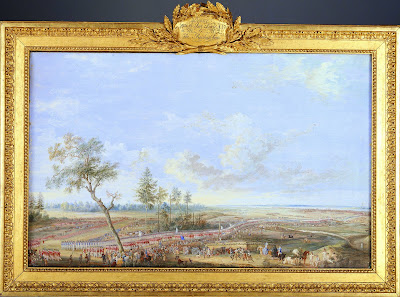 La capitulation des troupes anglaises à Yorktown.
Adams’s letters from Europe were read on the floor of Congress. Almost every one was an attack on Franklin as well as France. The stumpy Bostonian was insanely jealous of him. He had the 77 year old savant sleeping with half the women of Paris. He was joined by another Franklin hater, Congressman Arthur Lee of Virginia, who spewed vitriol about a French plot to betray America’s independence. The agitated French ambassador to the United States tried to deal with the situation by putting key members of Congress on his secret service payroll. And we mutter today about the dark doings of the CIA in foreign countries!

Fast forward to the presidency of George Washington, a decade later. The French Revolution had become the Reign of Terror, deluging the streets of Paris and other cities with blood. In Philadelphia, the new nation’s capital, President Washington looked out his window at thousands of protestors crowding the city’s streets, waving placards, screaming insults and curses at him. Why? He had refused to join the French in their war with England. He had declared America neutral.

According to the protestors, that made him a traitor to the cause of worldwide liberty. When Washington left office in 1797, the Aurora, Philadelphia’s leading newspaper, wrote that it was an event that should make every American rejoice. “The man who is the source of all the misfortunes of our country, is this day reduced to the level with his fellow citizens, and is no longer able to multiply evils upon the United States.”

Fast forward another two and a half decades. The Marquis de Lafayette, who had spent a million dollars of his own money and ducked bullets in the bargain, returned to the United States to help celebrate the 50th anniversary of America’s independence. He visited every state and almost every major city. It was a love feast all the way, climaxed by a dinner given to him at the White House by President John Quincy Adams. John Adams’s son saluted the Marquis as the embodiment of France’s generosity and friendship during America’s eight year struggle to achieve a free country. 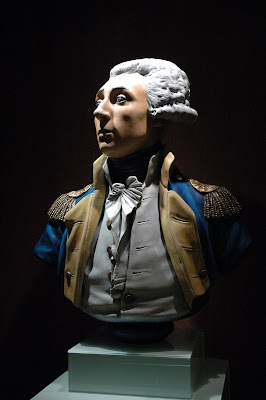 The GIs who liberated Paris and the rest of France from the Nazis’ grip in 1945 received a similar welcome. But General Charles de Gaulle, who kept the spirit of resistance alive during the dark years after France’s collapse in 1941, felt compelled to chart an independent postwar course to restore French pride and self confidence. During the Vietnam War, he repeatedly urged America to abandon the struggle, and tensions accumulated between Paris and Washington.

In 1968, I toured the Argonne region, working on an article for American Heritage about the AEF’s bloody struggle there in 1918. It cost well over half of the 50,000 doughboys who died in World War I. In the town of Varennes, I met a group of Frenchman who warmly approved what I was doing. One of them said: “Don’t pay any attention to those ---- ---- ---- in Paris. Around here we will never forget you saved us from the Germans, not once, but twice!” Whereupon each man in the group shook my hand.

That story may explain why Nicholas Sarkozy was elected president of France. 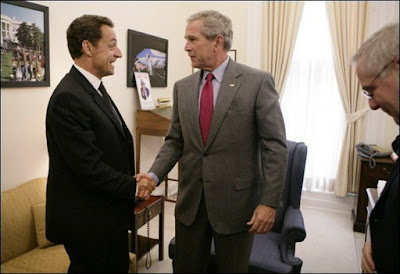