Le Blanc and I are into our 500th kilometer on the river when he turns my view of modern African history on its head. "We should just give it all back to the whites," the riverboat captain says. "Even if you go 1,000 kilometers down this river, you won't see a single sign of development. When the whites left, we didn't just stay where we were. We went backwards. 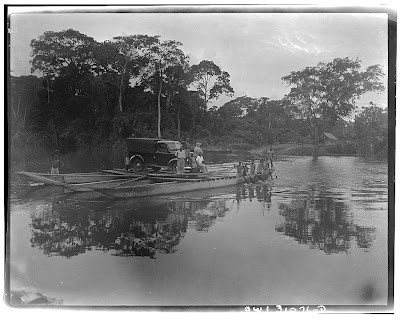 Le Blanc and I are into our 500th kilometer on the river when he turns my view of modern African history on its head. "We should just give it all back to the whites," the riverboat captain says. "Even if you go 1,000 kilometers down this river, you won't see a single sign of development. When the whites left, we didn't just stay where we were. We went backwards."

Le Blanc earns his keep sailing the tributaries of the Congo River. He's 40 years old, and his real name is Malu-Ebonga Charles — he got his nickname, and his green eyes and dark honey skin, from a German grandfather who married a Congolese woman in what was then the Belgian Congo. If his unconventional genealogy gave him a unique view of the Congo's colonial past, it is his job on the river, piloting three dugouts lashed together with twine and mounted with outboards, that has informed his opinion of the Democratic Republic of Congo's present. "The river is the artery of Congo's economy," he says. "When the Belgians and the Portuguese were here, there were farms and plantations — cashews, peanuts, rubber, palm oil. There was industry and factories employing 3,000 people, 5,000 people. But since independence, no Congolese has succeeded. The plantations are abandoned." Using a French expression literally translated as "on the ground," he adds: "Everything is par terre." 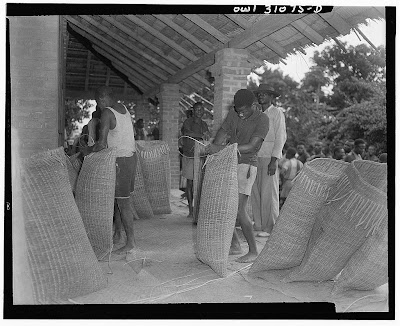 Une fabrique d'huile de palme au Congo français.
It's true that our journey through 643 kilometers of rainforest to where the Maringa River joins the Congo at Mbandaka, has been an exploration of decline. An abandoned tugboat here; there, a beached paddle steamer stripped of its metal sides to a rusted skeleton; several abandoned palm oil factories, their roofs caved in, their walls disappearing into the engulfing forest, their giant storage tanks empty and rusted out. The palms now grow wild and untended on the riverbanks and in the villages we pass, the people dress in rags, hawk smoked blackfish and bushmeat, and besiege us with requests for salt or soap. There are no schools here, no clinics, no electricity, no roads. It can take a year for basic necessities ordered from the capital, Kinshasa, nearly 2,000 kilometers downstream, to make it here — if they make it at all. At one point we pass a cargo barge that has taken three months to travel the same distance we will cover in two days. We stop in the hope of buying some gasoline, but all we get from the vessel are rats.
Even amid the morbid decay, it comes as a shock to hear Le Blanc mourn colonialism. The venal, racist scramble by Europeans to possess Africa and exploit its resources found its fullest expression in the Congo. In the late 19th century, Belgium's King Leopold made a personal fiefdom of the central African territory as large as all of Western Europe. From it, he extracted a fortune in ivory, rubber, coffee, cocoa, palm oil and minerals such as gold and diamonds. Unruly laborers working in conditions of de facto slavery had their hands chopped off; the cruelty of Belgian rule was premised on the idea that Congo and its peoples were a resource to be exploited as efficiently as possible. Leopold's absentee brutality set the tone for those that followed him in ruling the Congo — successive Belgian governments and even the independent government of Mobutu Sese Seko, who ruled from 1965 to 1997 and who, in a crowded field, still sets the standard for repression and corruption among African despots.
Le Blanc isn't much concerned with that history; he lives in the present, in a country where education is a luxury and death is everywhere. Around 45,000 people die each month in the DRC as a result of the social collapse brought on by civil war, according to a study released in January by the International Rescue Committee. It estimated the total loss of life between 1998 and April 2007 at 5.4 million. For many Congolese like Le Blanc, the difficulties of today blot out the cruelties of the past. "On this river, all that you see — the buildings, the boats — only whites did that. After the whites left, the Congolese did not work. We did not know how to. For the past 50 years, we've just declined." He pauses. "They took this country by force," he says, with more than a touch of admiration. "If they came back, this time we'd give them the country for free." 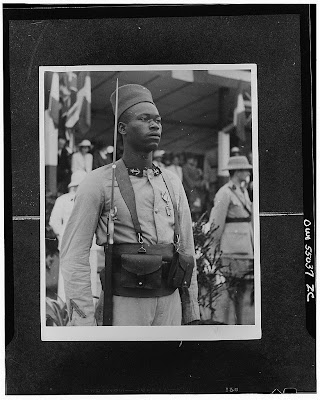