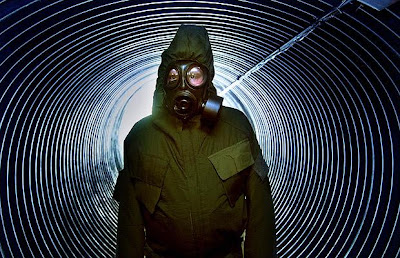 New details of how Britain would have been governed in the event of a nuclear war from the 1960s into the 1990s have been disclosed with the publication of the secret War Book.

The document, over 16 chapters, gives precise plans and instructions for what would have been done by officialdom during the build-up to an international confrontation and after the bombs started falling.

There are indications that aspects of the arrangements have been adapted for use during other, domestic, emergencies since the cold war, including the fuel protests in 2000.

Although some of the plans have been revealed before – including earlier this year the scripts that would have been broadcast by the BBC in the event of a nuclear war, instructing the public not to panic – governments of the period left nothing to chance, including the censoring of private mail.

The country would have been divided into 12 regions, each governed by cabinet ministers with wide powers, aided by senior military officers, chief constables and judges and based in bunkers. Other senior figures would have retreated to a central government shelter under the Cotswolds.

The plans all assumed that the confrontation would be with the Soviet Union. Among the possible scenarios spelled out in the autumn of 1968 was escalating tension following a Soviet moon landing and troop movements in eastern Europe.

The historian and Whitehall specialist Peter Hennessy, who persuaded officials to release the document, said that the book spelled out what would have happened in detail. 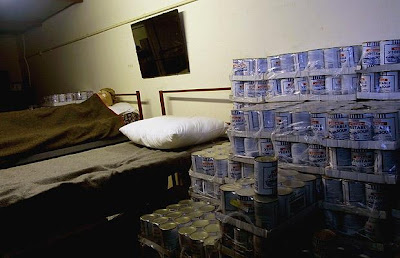 Hennessy, professor of contemporary history at Queen Mary University of London, told the BBC's Today programme: "The surprise really is the width and magnitude of it – 16 chapters to get the nation from a peacetime footing to a total war footing. It is a remarkable enterprise.

"It was done by people who had to do it. It must have been one of the most terrible jobs in Whitehall during the cold war. It literally was requiring people in immense security to peer into the abyss."

The book apparently formed the basis for regular exercises every two years by senior civil servants, with daily internal briefings, the organisation of national preparedness schemes including the stockpiling of food and building materials for shelters and, as the threat grew more imminent, the removal of art treasures from London to Scotland and the emptying of hospitals of all but the most acutely ill.

David Young, a former Ministry of Defence civil servant who took part in the mock exercises, told the programme: "R-hour would be the final release of nuclear weapons. There may have been an earlier tactical use … but R-hour was [when] everything that's left goes. That's not an easy decision to participate in. Even though you know it is just an exercise, it makes you think."

Young said ministers were not encouraged to take part in the exercises: "They would be disinclined to play by the rules. Some of them quite liked talking, so you'd get behind time and there would be a fear that if they showed a reluctance to do what the military believed was necessary, that this would weaken deterrence."

Another former civil servant, Sir David Ormand, who became permanent secretary at the Home Office, said he took part in exercises into the 1990s.

"My favourite measure, the one which always aroused a lot of debate … was the introduction of censorship for private correspondence. You can imagine that was something that ministers would only agree to right at the very end when it was clear that war was inevitable."

He said that some of the contingency plans had been adapted and brought into use during the 2000 fuel protests, which threatened to cut off petrol supplies: "We took over the bunker and installed a chief constable and representatives of the oil companies and some civil servants and we built from scratch a crisis management machine. That's exactly what you don't want to have to do in a crisis, because a lot of time's spent just organising who's going to talk to who and how it's going to work."

Young told the programme: "I participated in one R-hour in the early hours of the morning and I remember reporting on it afterwards through the newly installed closed circuit TV and foolishly saying, because of the day of the week, 'There we are, R-hour, sic transit gloria Thursday'.

"The exercise was taken very seriously and jokes were frowned on, even if they were elegant puns on Latin phrases - 'so passes the world's glory'. I subsequently learned the foreign secretary, Alec Douglas Home, said: 'Who is that very foolish young man?'"